Why Automation Matters for the Aerospace Industry

The aerospace industry has been in a bind for some time now.

On the one hand, demand for aircraft is sky high[1], and will continue to increase for years to come. The only solution in sight is the sustainable automation of its manufacturing processes.

On the other hand, improvements being made on the automation front of the aerospace industry have been incremental, such that a solution to the problem is nowhere near imminent. Technology is slow to catch up to this problem, which begs the questions, how far away is the goal of automation, and is it really the only solution to the problem facing the aerospace industry?

In this article, we will discuss what aerospace automation is in manufacturing assemblies, the challenges automation is facing, and what the future holds for it in the aerospace industry.

Automation and How It Fits in the Aerospace Industry

Automation can be used to increase the safety, productivity, and value of human effort.  Tools with built-in guidance, feedback, and better handling - can give a competitive edge in terms of saving costs, while at the same time providing a better work environment.

In some cases, dangerous steps can be fully automated to reduce danger while maintaining production goals.  In these cases, automation provides a control system or equipment connected to a program that tells it to perform a set of tasks, with zero to minimal human intervention.

Automation is currently being used in the aerospace industry to support worker productivity, and reduce the need for doing repetitive tasks such as drilling and filling.  However, there is still a significant need to increase automation - as the demand for new aircraft continues to outstrip the supply of manufacturing.

Importance of Automation in the Aerospace Industry

The demand for aircraft is increasing and will continue to do so in the coming years. Even now, manufacturing technology in aerospace is not fast or cost-efficient enough to meet the current demand, much less increasing demand. Though automation has progressed and only a smaller portion of the assembly process is manually done, it accounts for a large chunk of the losses in the manufacturing process.

These losses are small when looked at individually, but in a repetitive process where tasks are done from thousands to millions of times, they add up to a sizeable amount. Accuracy is one of the first things[2] that automation addresses.

Providing better tools to your staff will increase their productivity while keeping them safer.  One of the biggest values is the reduction of stress levels - when tools can help to reduce errors by providing better feedback and guidance.

As a result, staff can spend more time on reviewing attention to quality.  This can reduce possible losses that can be incurred when poor quality tools result in unexpected errors.

Production errors have several costs including the possibility of losing the material.

Having the right tools in place means that your manufacturing process can be more consistent, while also improving production time, minimize scrapping, and make the process more flexible.

These are the kinds of advantages that build up over time and enable your team to be able to respond quickly to changing market demands.

One final benefit is that better tools can improve ergonomics, which not only means more safety (and possibly lower insurance rates), but also higher retention - and overall a workforce that is more engaged has more energy, and ultimately lower turnover.

The Current State of Aerospace Automation

Automation in the aerospace industry has been achieved to some extent, but not enough to make a dent on the gap between supply and demand.

Even the automotive industry is farther along on the road to full automation compared to the aerospace industry, when, in fact, aerospace is widely considered as the front-liner in terms of innovation and technology. What is even more surprising is that the manufacturing processes of the two industries bear significant similarities.

In the past few years, much of the drilling and filling in aerospace production has been automated, albeit using bespoke gantry-type equipment[3]. These are large machines that look like cranes rather than the leaner industrial robots of the automotive industry. This means they are still in the early stage of a very long journey towards a meaningful level of automation.

The evolution of automation occurs in three stages: fixed, programmable, and flexible[4]:

Flexible or soft automation has an even higher upfront cost to set up compared to fixed automation, but it is by far the most efficient way of production. The system is capable of changing over at the touch of a button. It has a higher level of coding, which does away with complex reprogramming when switching to a different product type, and the machine is designed to adapt to various applications.

Facing high demand and failing to deliver is a problem that some industries would rather have, instead of not having any buyers at all. However, it is a problem, just the same. Plus, it will only get worse in the coming years when the need for aircrafts increases and the global air fleet continues to age.

Some of the challenges that have scientists stymied at present are the following:

1. The integration of drilling into flexible automation proves difficult because of the reaction forces and vibrations, which are inherent with current drills. The components of the current iteration of flexible automation are not strong enough to withstand the forces from conventional drilling[5].

2. Orbital drilling is a more advanced method that may be able to drill with reduced forces and small enough in size to be integrated into flexible automation. However, with repeated use, the accuracy deteriorates due to inertia inherent to the process of drilling.

3. The materials used for robotics are still very expensive. Most robotic parts are made of titanium[6] and carbon fiber composite material because they are both extremely light and durable. Both are also very expensive because the process by which they are extracted is so complex, and the yield is meager.

How to Bridge the Gap

Innovators are currently hard at work and have provided a small glimmer of hope for the conundrum that the aerospace industry is now in:

Improvements in the manufacturing processes of robotic parts and components could also help reduce the upfront cost for an automated assembly. Airbus currently has an automated fuselage assembly line consisting of 20 robots, laser positioning measurement, and a new digital system, but they do have a backlog of 6,000 A320 jetliner units and can justify the cost of the investment.

In the meantime, airplane manufacturers can boost their production by using the most advanced aerospace tools available in the market today. These tools greatly improve operator productivity while protecting occupational health, and are the next best thing to having a fully-automated assembly line: 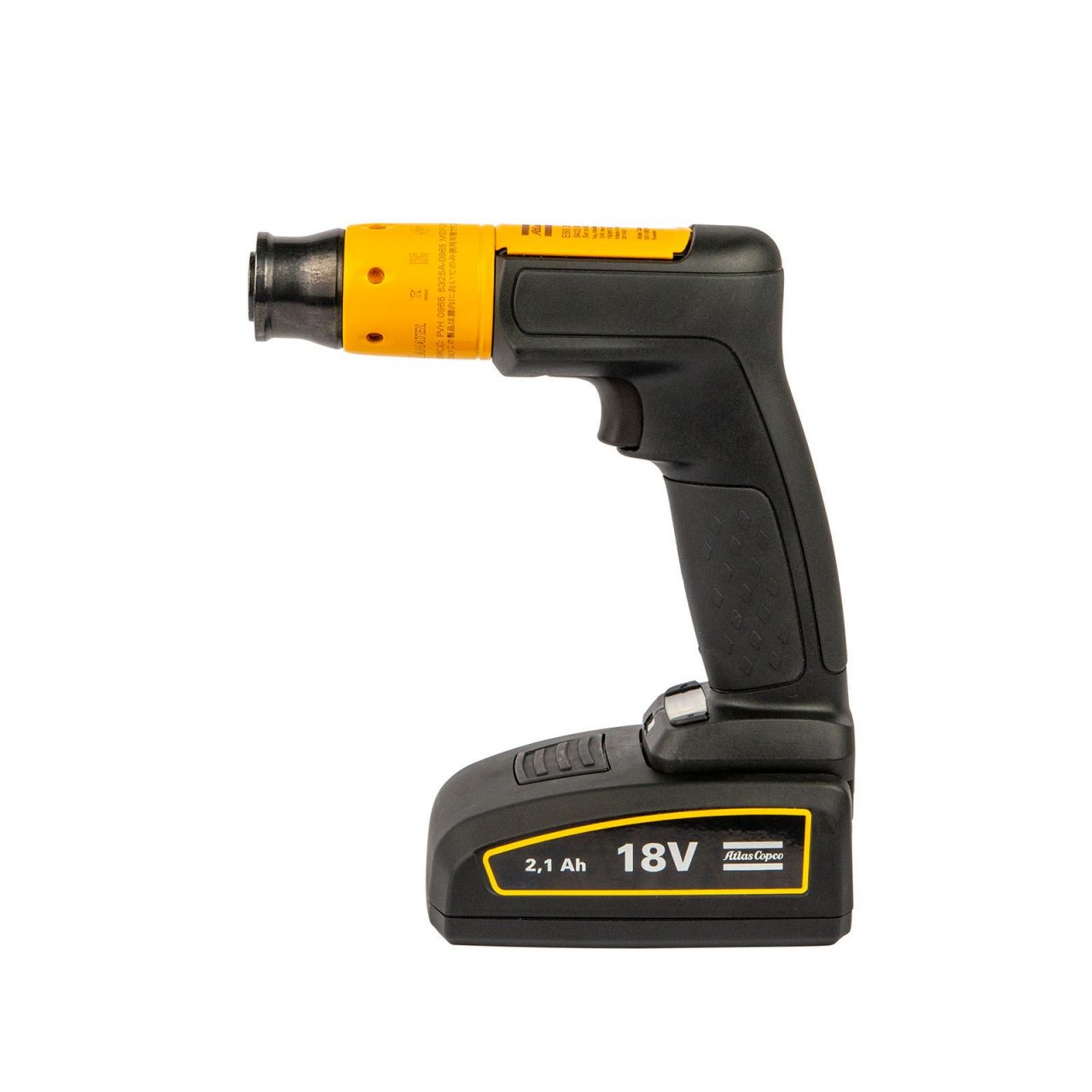 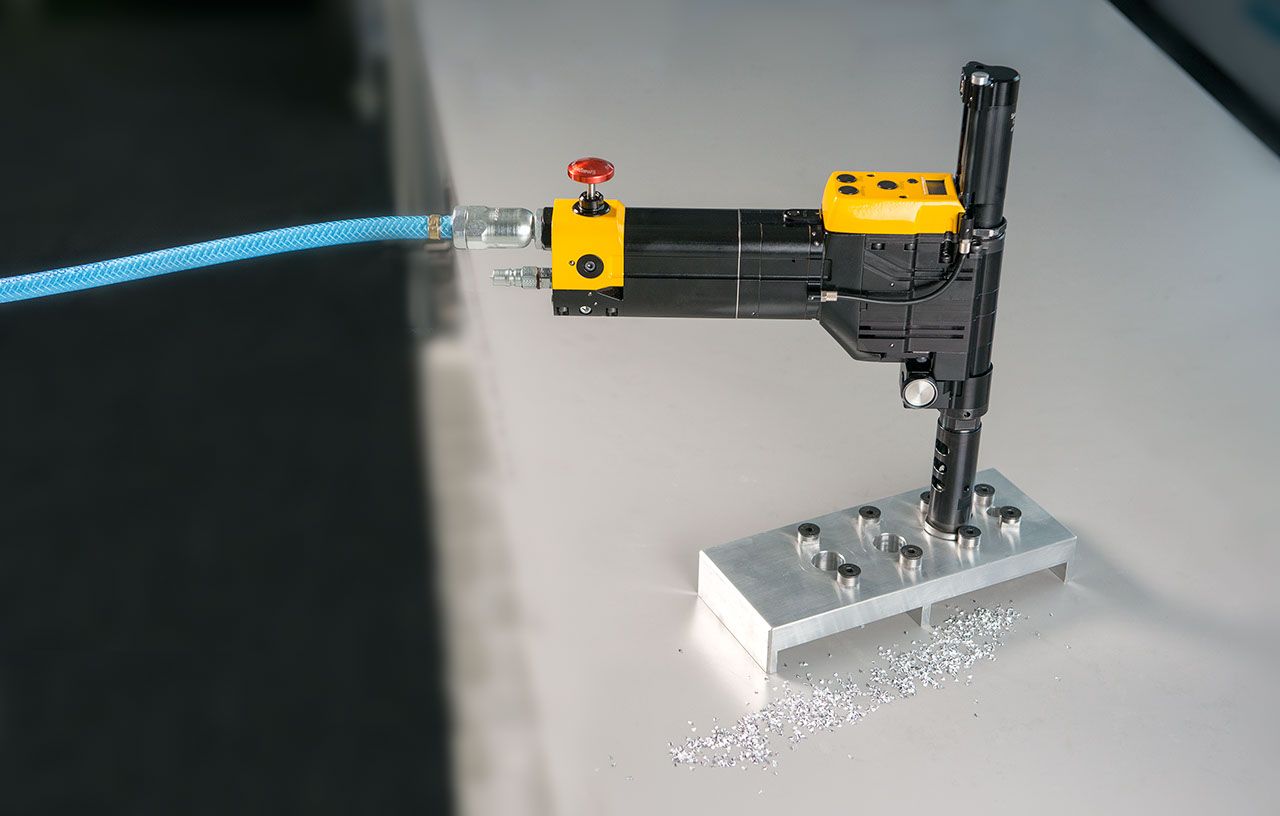 How Can Atlas Copco Help?

There is no denying the benefits of automation in meeting the growing demand for aircraft. With flexible automation still far down the road, alternative ways to increase productivity have to be explored. Atlas Copco's line of advanced aerospace tools is designed to make things better, as the promise of automation is yet to be fulfilled.

Improve your productivity with Atlas Copco's advanced aerospace tools. Ready to do more and make more?